It was nighttime. Dark in the room. She rested her tangled head of curls on my shoulder. I held her and did a few paces around the bed before crawling into it. We were staying at my mom’s house in Arizona. We were day 4 into a 10-day stretch of being away without Adam. This was the 3rd night in a row she had whispered this to me, and the whispers continued until Adam arrived.

Adam got to town one night around midnight and sneaked into the room Solana and I were sharing. I had told Ana her daddy would be there in the morning. She was pleasantly surprised when she woke up in the middle of the night to find him lying next to her. She spoke to him with quiet and giddy excitement. She made him stick out his arm so she could nest into the crux of his armpit. He hugged her tight. He was love wrapped around her.

I smiled into my pillow. “This is what love looks like,” I thought.

At first blush this little encounter probably seems unremarkable. A child loving and missing their parent is a given. Or at least I had always thought so. Instead, I stand as a witness to a brokenhearted father who poured his love out to a little girl who wanted nothing to do with him.

You see, Ana came to us with chapters of mistrust for men already written in her life’s storybook. At a year and a half she had been burned and had learned her lesson. Men were no good. Men hurt people. Men were something to run from.

I remember a night not so long ago when I stood in the kitchen with my husband. We were new to parenting. New to foster parenting. We were tired. Beat down. Uncertain what the future would hold. Uncertain we were doing anything right. Ana was sleeping and though Adam is a man who is strong and steady he looked at me with tears in his eyes. He was deflated. A well of untapped hope and love and unmet expectations for fatherhood was finally bubbling over.

“Your kid is not supposed to hate you,” Adam choked. “This is not how first time fatherhood is supposed to feel.”

I ached for him. This was a path he was walking alone. For months I was the one who got to hold our daughter and hug her. I dealt out love and felt its warmth returned. I was the one she ran to, cried for, and wouldn’t let go of. She was looking for someone to feel safe with and I was her girl.

I played babies and blocks while Adam did the dishes and the laundry. I gave baths and got smiles while Adam walked the dog in the cold and took out the trash in the snow. Adam worked behind the scenes to keep things in our house together. Our daughter hardly noticed him.

In the beginning Adam would reach for Ana often. Time and time again she recoiled, or screamed at him, or ran away. She hit Adam, pinched him, and pulled his hair. If he dared to pick her up she flew into hysterics. He quickly learned and started to reach for her a little less. He gave her time and space to heal. He never stopped reaching altogether though, and if ever there was the off chance that she was willing to give just a little something, he was right there to relish in her love and let it sustain him until the next time.

On occasion Adam would let us know he was hurting. Mostly he just kept his head down and loved like he does. Quietly. Persistently. With the hope but not the expectation that he would be loved in return. He kept on doing the dishes. He took out a lot of poopy diapers. He did not give up.

My husband’s patience with our daughter has taught me more about God’s love for us than anything I’ve ever read or seen or heard about before. Day after day God washes our dirty laundry and throws out our poopy diapers. So often we don’t even notice. But He is there. Loving like my husband did. Quietly. Persistently. With the hope but not the expectation that we would love him in return. 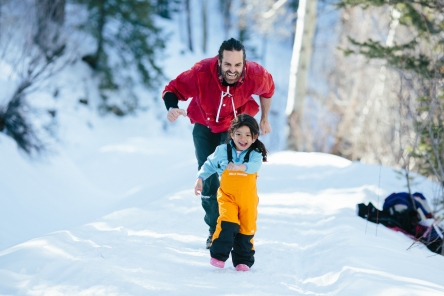 Love is patient. Love is kind. It does not give up. It never fails. – said at every wedding ever

All of the pictures in this post were taken by the lovely and talented Melissa Young, who just so happens to be Solana’s auntie and my sister. Thank you Mel. You are THE BEST!! 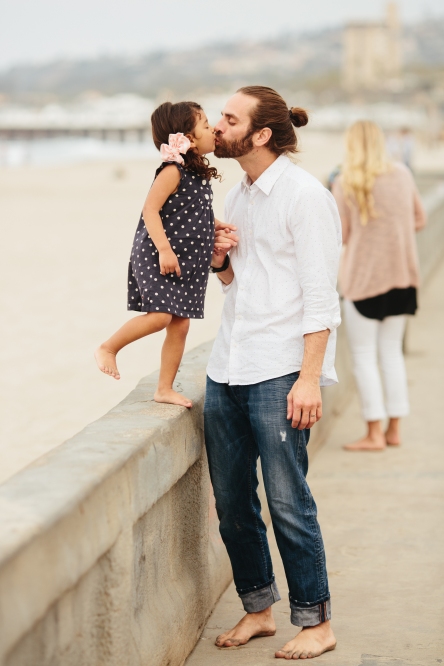 When I said winter camping, I meant winter camping. * We are usually pretty good at avoiding black Friday deals, but this one got us. We bought her/him/it (taking name suggestions!) in Florida, and honestly we didn’t plan on using it in the winter much. We’ve quickly realized that as long as we can refill the 6 gallon propane tank every 3-4 days, we can heat it up to 70 degrees at night and never have to plug in. It’s costing $4ish dollars a night to heat. 👏 * Cozy, cozy. ❄️ * * #vanlife #vanlifefamily #winnebago #travatonation #wintercamping #wintervanlife #offgrid #adventureparenting #livetiny #livetinydreambig #tinyliving
Hellooooo #vanlife. You are everything I dreamed of. And more. * There are infinite ways to approach life. I’m finding that the more creative our family gets with how we approach ours, the more fulfilled and joy-filled We find ourselves. * For the last nine days, #vanlife collided with #reallife for our biggest kid and I. We did all the normal things - school, work, homework, after school activities, cooking dinner and packing lunches, walking the dog - just in a very not normal (for us) way. * We loved every minute. We’re home for a few days, then back in the van, and Ana asked if we could just skip the going-home part. * In the van, we are mobile. In the van, we are minimal. In the van, we’re up for adventure. In the van, we’re together. In the van, we’re more focused on the right stuff. * I’m talking a little more about it my stories. Ask me questions and look for more posts. I’m obsessed. And I’m curious, does this sound like your dream, or your nightmare? * * #adventureparenting #adventurefamily #vanlifefamily #livemore #wildandfree #wildandfreechildren #tinybigadventure #simplychildhood #outdoorfamily #1000hoursoutside #breakthemold #livebold #livesimply #minimalist #winnebago #rvfamily #lessismore #wintercamping #wintervanlife #winnebagolife #travatonation
TEN YEARS AGO today, and @bigbeardcreative, you’re still the onesie I love. 😁 😉 👉 * Happy Anniversary babe. ❤️
Faith. It’s standing when your legs shake. It’s jumping even when you’re not the best swimmer. It’s trusting that the One pushing you in is the same One who is going to pull you back out. Faith is not a spectator sport. The opposite of faith is sunbathing in a lounge chair. Sounds relaxing... But also, how boring? * * * (And on a cold day like this one, is that really even an option?) * * #havefaith #takerisks #followyourheart #jumpin #glenwoodsprings #visitglenwood
55 degrees today and the boarding is on 🔥
Last summer I was lamenting to a neighbor one day when the wrong couch arrived to our home. I ordered the left side chaise, and they brought the opposite. Oh, the despair. * When I was done talking he gently told me he was just coming home from the funeral of a young man who had passed away in our community. Having experienced the loss of his own young son, I can imagine the funeral was personal, and extra difficult. * Man, we focus on the wrong stuff sometimes. Don't we? * #loveyourpeople #makeeachdaycount
%d bloggers like this: